Within the field of dentistry, there has been a long history of debate over the use of dental amalgam. This substance, used for many decades for the repair of cavities, contains mercury, a known neurotoxin. Mercury is, in fact, a naturally-occurring poisonous substance. A member of the International Academy of Oral Medicine and Toxicology (IAOMT), Dr. Brianne Luu operates from the standpoint that there is no such thing as a “safe level” of mercury exposure. Any exposure to this substance can harm the body, which is why mercury has been eliminated from various consumer products. Why, then, would mercury in dental fillings seem safe?

Our team has chosen to work in dental care because healthy smiles are important to us. We believe that our patients are deserving of the highest standard of care we can provide. In our Azusa dental office, we repair cavities using mercury-free composite filling material, rather than dental amalgam. We also work with patients who have existing amalgam fillings they would like removed. 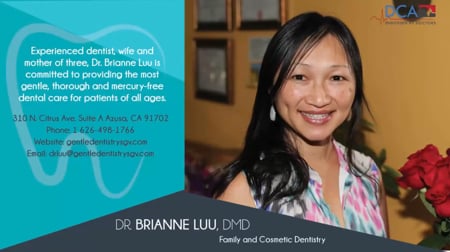 Dr. Brianne Luu: Hello my name is Doctor Luu and today I\’m going to be talking about mercury safe dentistry. Now you\’ve I heard that other office say they don\’t have mercury free dentistry. One good free is when you call in an office and they and you need a filling and they don\’t put any silver amalgam fillings they only do white. Our office is mercury safe because we follow certain protocols when we remove the silver fillings. Now we do not place silver mercury fillings in your mouth. We do, do composite white porcelain bonding. When we do remove the silver fillings we follow certain protocols such as we use non latex rubber dam to isolate the teeth we are working on. We have you using a mask and oxygen tank to breathe so that you do not leave any of the mercury vapour that comes out when we take out your mercury silver fillings. In addition we have a wet towel over your face over your skin so if any remnants fall out it does not land on your skin. It lands on the paper towel. We also have you wear a full body gown that we have you wear so that nothing went on your skin or your clothes. In addition to all that we use a high speed low speed suction to take out the mercury remnants and also we use an evacuation system high speed evacuation system that we place six inches from your mouth that collects the mercury vapour that comes out of your when we take out the silver fillings and mercury fillings and also it also collects any small remnants of the mercury silver fillings that may fall out. So that\’s the difference between our office which is mercury safe and mercury than other Mercury free offices. We want to protect you, we want to protect us, and we want to protect all our other patients. 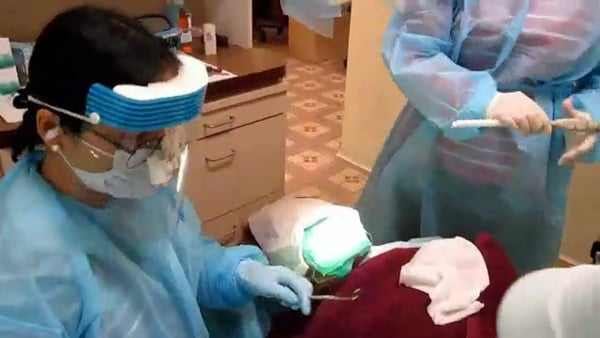 Dr. Luu adheres to the strict protocol designated by the IAOMT for the removal of amalgam fillings. In this way, we protect the health of our patients, ourselves, and the environment. The steps used for filling removal include:

Gentle Care Dentistry of San Gabriel Valley offers alternative options in place of mercury fillings that do not negatively impact overall health and wellbeing. These alternative treatments include white fillings or composite fillings, inlays, onlays , veneers , crowns, and more. Dr. Luu will present all the appropriate options to you and discuss with you in further detail the best and most feasible choices to meet your needs. The final result is a beautiful and healthy smile that will last for many years.

If you would like to rid your smile of dark spots, and guard your health by removing mercury fillings, call Dr. Luu of Gentle Care Dentistry in San Gabriel Valley today and learn more about the benefits of a mercury safe dental practice. 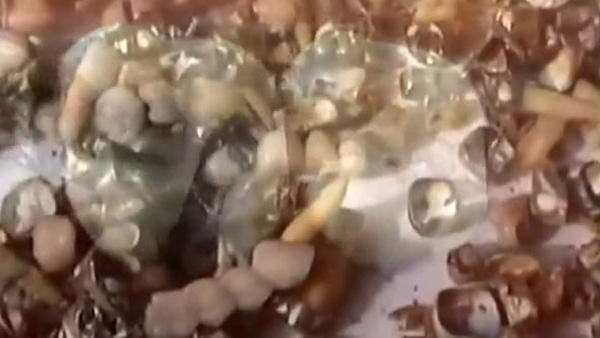 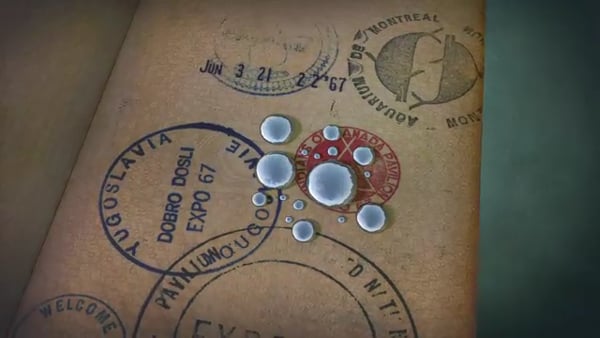 Mercury is one of the most toxic elements and a persistent traveller for our environment. So who’s the travel agent for this elemental poison? Coal-fired power plants most definitely. Mining operations, of course. Your neighbourhood dental office? Surprisingly yes! The United Nations Environment Program propose that 10% of global mercury usage is for amalgam tooth fillings. This results in up to 340 tons of dental mercury journeying into the environment each year. In the United States dentists are currently the second largest users of elemental mercury. This accounts for roughly 32 tons of mercury used yearly to place amalgam restorations otherwise known as silver fillings. Although the number of amalgam’s placed has decreased over the last few decades dentists still use amalgam without precautions. So the threat of mercury exposure continues. Dental mercury travels many pathways on its journey back into the environment. It starts when a dentist receives pre capsulated dental amalgam. Each capsule up to 900 milligrams of elemental mercury is separated from the other alloys. To make the final product the capsule is vigorously shaken in a traitor. The thoroughly mix all the elements. Occupational safety concerns arise because this heats the mercury creating thousands of micrograms of mercury vapour which are released upon opening the capsule. The used amalgam capsule still contains a small amount of mercury. So the ADA recommends the capsules be stored in an airtight container and collected by a hazardous waste company. Unfortunately the majority of dentists tossed the capsules into the trash. This mercury contaminated trash will eventually travel to a landfill where the mercury will continue its trek down into the soil. Back at the dental office the freshly mixed amalgam is placed into the tooth. The dentist then carves away any excess material. While patients swallow some amalgam waste most is suction down and flows through a filtration system, but this system only captures a small percent of the larger pieces. The vast majority at much smaller pieces escape into waste water. A similar scenario plays out when dentists replace amalgam fillings. Many dentists not realizing the environmental harm clean out their filtration systems by dumping the captured mercury tainted sludge down the drain. A study funded by the ADA estimated that amalgam fillings contribute up to 50% of the mercury found in wastewater. This contaminated water then flows two publicly owned water treatment plants. While efforts are made to mercury from wastewater most of it settles down into the sewage sludge which is then taken and spread on land as fertilizer or deposited in a landfill. In both scenarios the mercury constantly off gases into the atmosphere and seeps into the ground. The percentage of the sewage sludge is also sent packing to incinerators. With over 200 tons of dental mercury continually off gassing mercury vapour in the mouths of Americans even exhaling is a contributor of mercury to our atmosphere. Additionally people with amalgam fillings serve as hosts for Mercury’s passage back into our environment through the excretion of human waste. Mercury’s ride continues even after death. Crematories which are unregulated and contain no filtering processes are growing vehicle for transporting mercury back into the atmosphere. When all the various pathways are accounted for dental mercury from the United States contributes roughly twenty eight and a half tons into the environment each year. The governments of the world are actively working together to reduce the amount of mercury released globally to protect human health. The first and most powerful step to eliminating mercury release from dental amalgam is to discontinue the use of this toxic material. With the threat so great and the solution is so simple it’s time to restrict Mercury’s Passport.

Dr. Luu welcomes patients of all ages into her dental practice.

Dr. Luu has the knowledge and experience to provide for you and your family the care you need to enjoy long-term smiles that are healthy and beautiful.

Dr. Brianne Luu specializes in a variety of dental services, including cosmetic dentistry, implant dentistry, laser dentistry, Invisalign, pediatric dentistry, emergency dentistry, and general dentistry. She graduated from Tufts Dental School in 2001 and has been serving patients ever since. To provide better services to her patients, she underwent the Executive Master of Public Health Program at the University of California, Los Angeles. 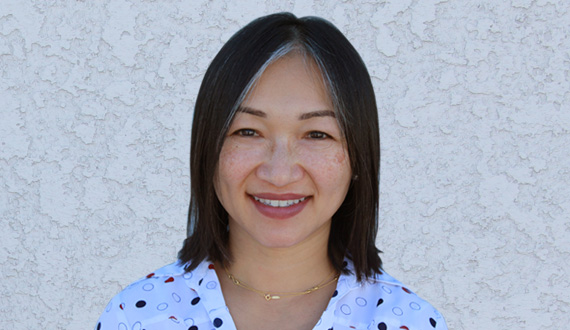 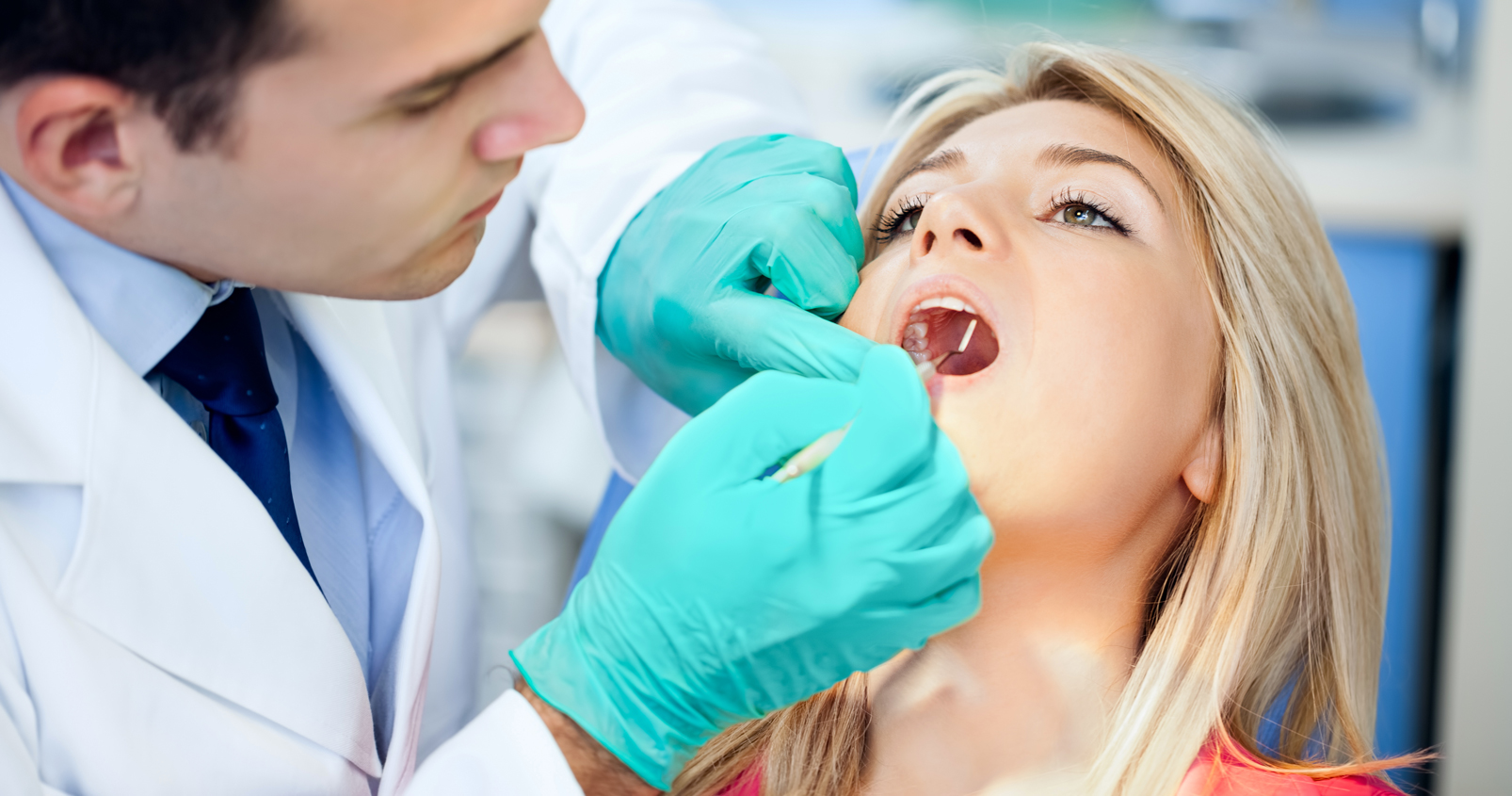 What is the Safest Type of Dental Filling for Cavities? 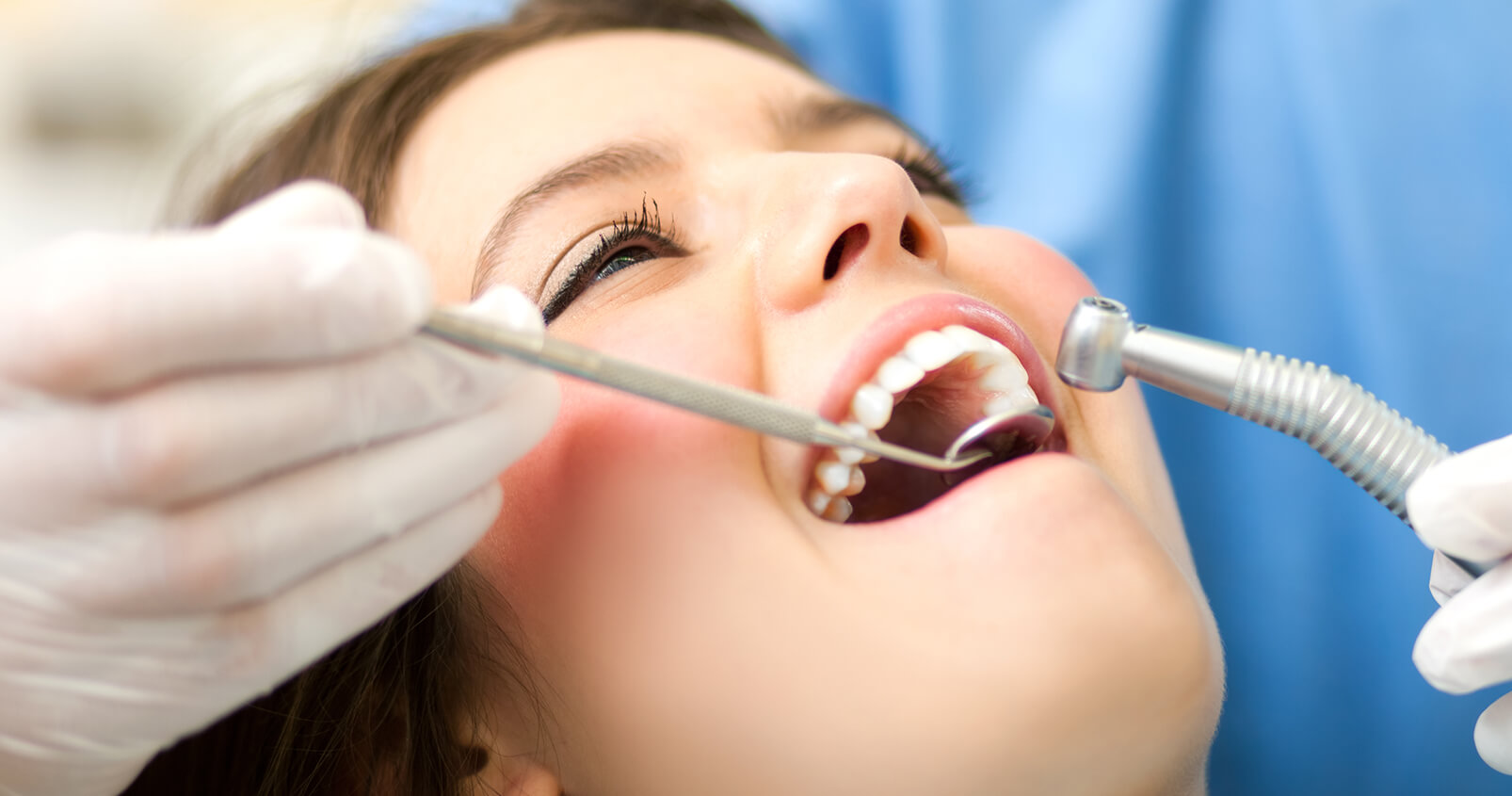 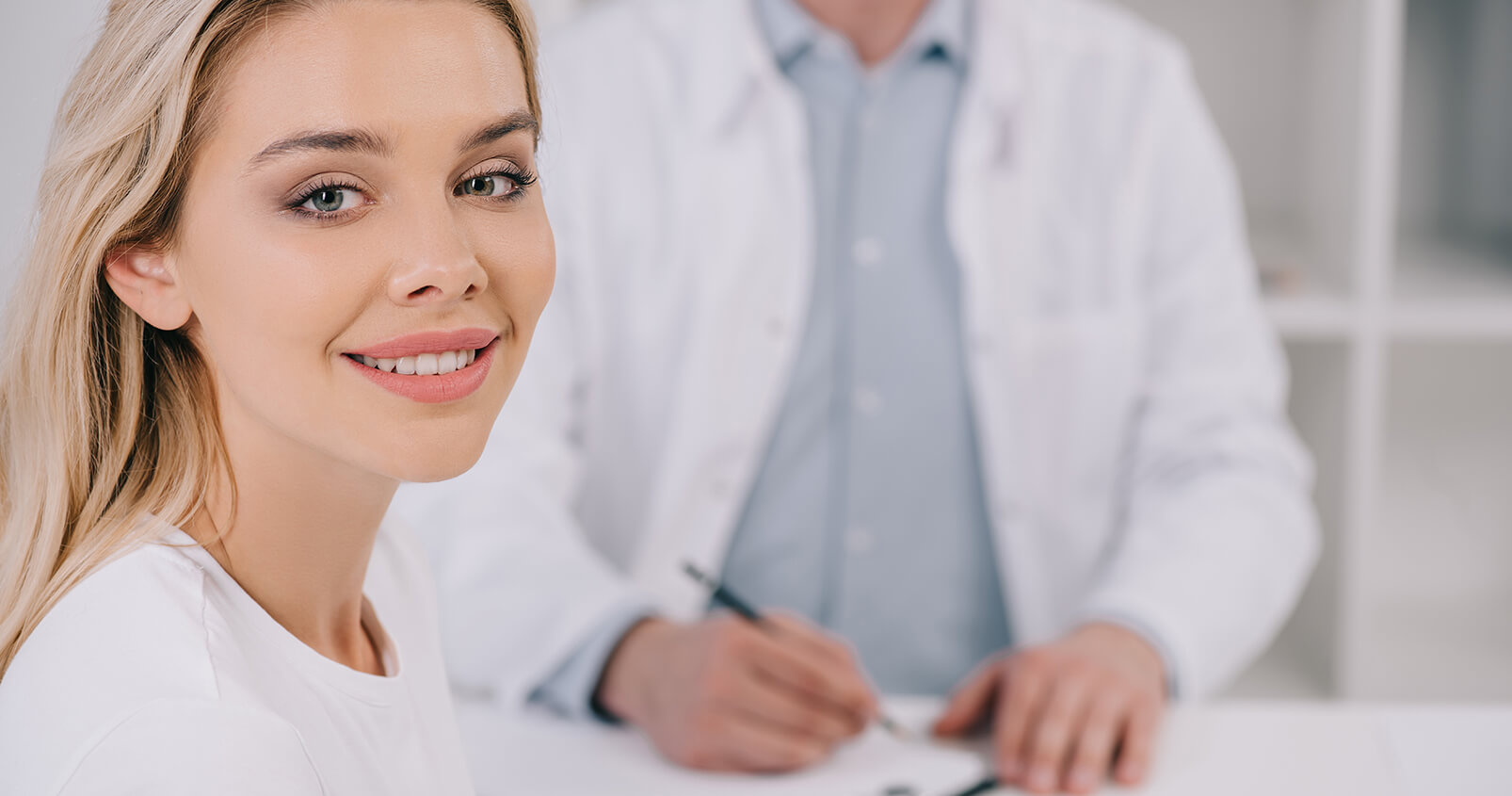 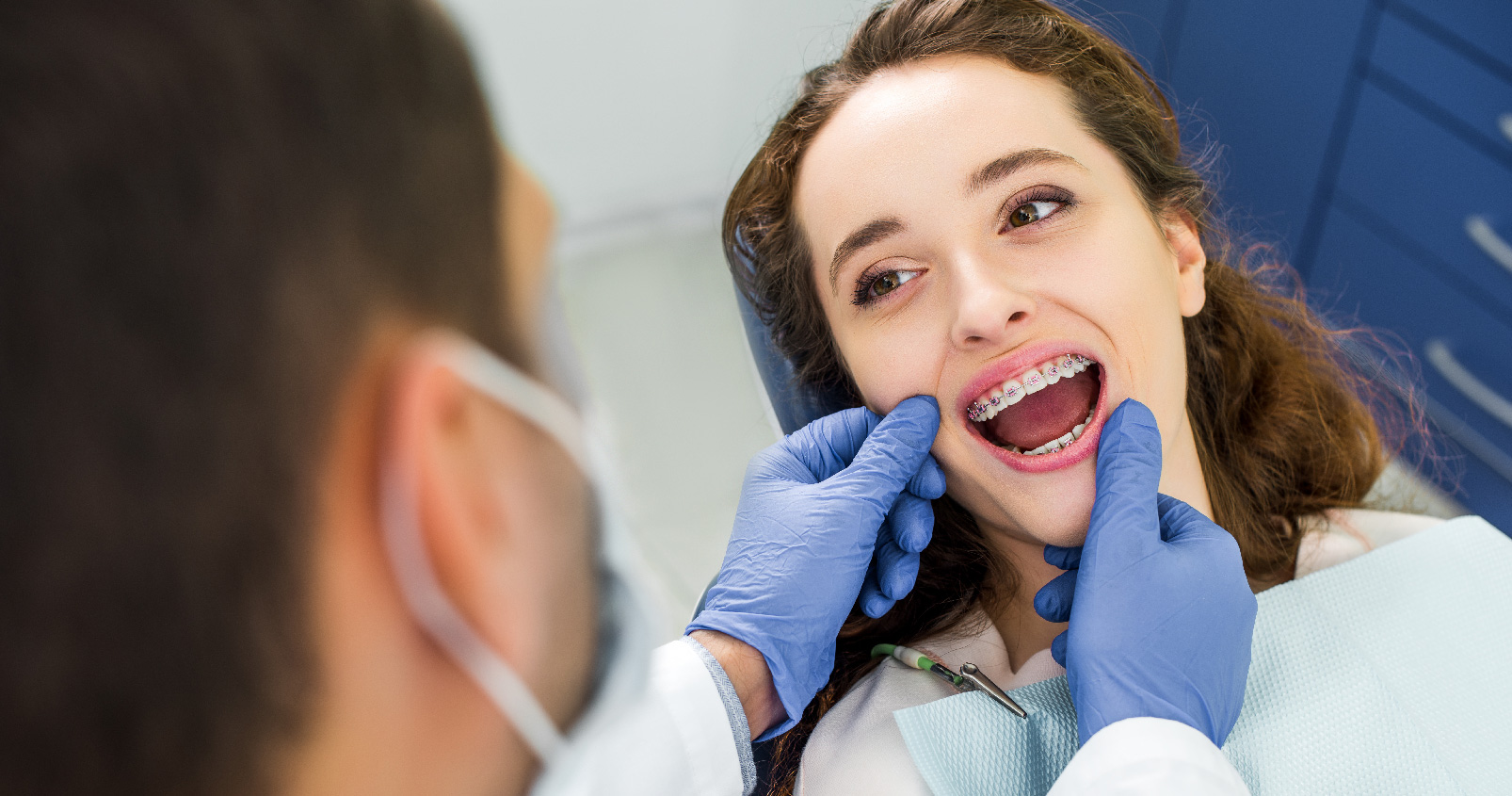 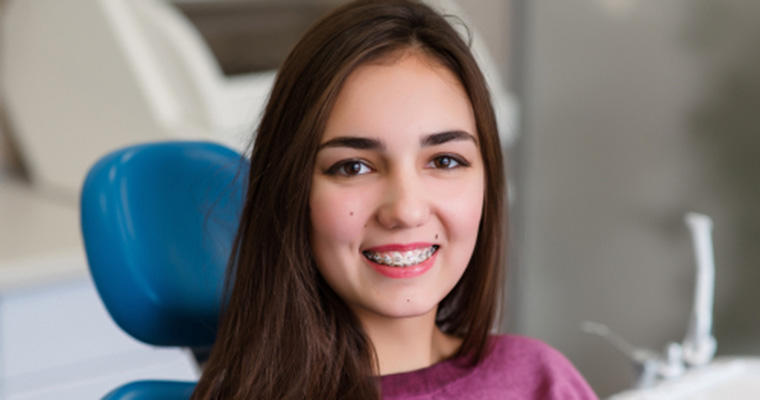 Dentist in Azusa, CA describes why orthodontic treatment and care is important for a healthy smile 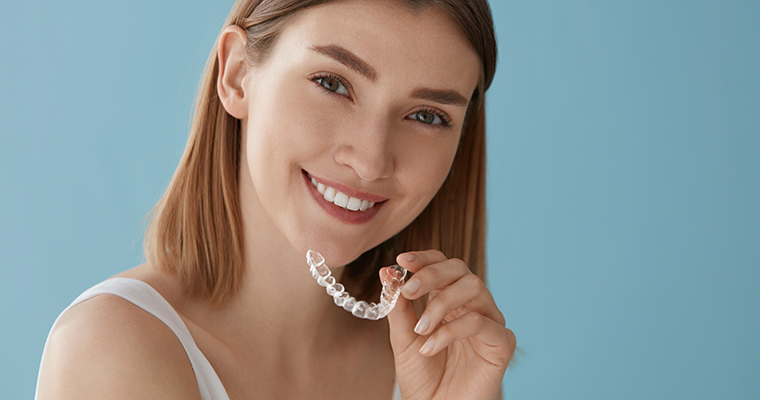